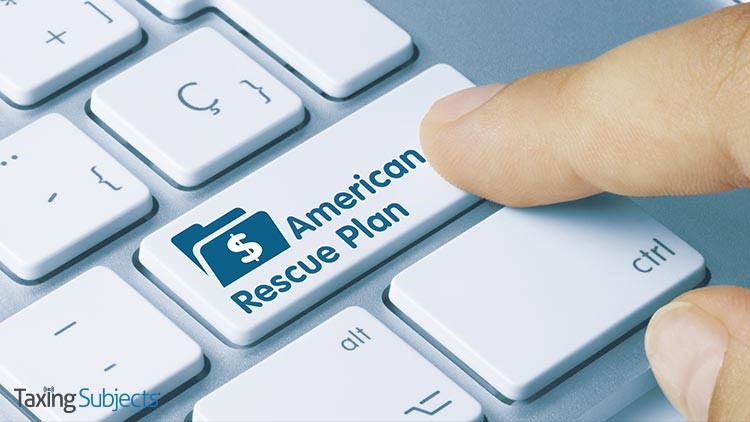 By most measures, 2021 is shaping up to be much better than 2020. The coronavirus appears to be less of a threat, the economy is beginning a comeback, and the American Rescue Plan is expanding some tax credits for parents and others with children.

The American Rescue Plan (ARP) was passed by Congress earlier this year. The new law sent out direct Economic Impact Payments to millions of Americans. But it also changed tax laws for 2021—and beyond.

The EITC has been a workhorse tax credit for some time now, providing working families with a needed tax break. The ARP expands the credit, so more workers and working families who also have investment income can qualify for the EITC.

Starting this year, qualified filers can receive up to $10,000 in investment income and still be eligible for the EITC. The new law also opens doors for separated spouses.

Those who are married but separated can now qualify for the EITC if they live with their qualifying child for more than half the year and can satisfy one of these two requirements:

The Child Tax Credit saw four major changes that apply only for the 2021 tax year. The American Rescue Plan increased the amount of the credit and made the CTC available for qualifying children who turn age 17 in 2021.

But the ARP made two more changes that millions of families are likely to see firsthand. The CTC was also made fully refundable for most taxpayers and for the first time, qualified taxpayers will be able to get half of the estimated 2021 credit—in advance.

Those taxpayers with qualifying children under age 18 at the end of 2021 can now get the full credit even if they have little or no income.

The ARP also expands the number of taxpayers who will get cold cash in their pockets from the Child Tax Credit. The credit is fully refundable for those who have their main homes in the U.S. for more than half the tax year. Bona fide residents of Puerto Rico enjoy the same privilege.

Above these levels, the credit begins a phase-out.

The IRS says it expects to send out advance payments of the Child Tax Credit from July 15 through December of this year. Eligible taxpayers will get half of their estimated 2021 CTC in monthly payments during that time.

The payments will go out to those taxpayers who qualify for the Child Tax Credit and have a main home in the U.S. for at least half of the year. This includes all 50 states and the District of Columbia. American military personnel who are stationed outside of the country on extended active duty are also eligible, since they are considered to have a main home in the United States.

Since the advance payments amount to half of the tax credit, taxpayers can claim the remainder when they file their 2021 income tax return.

Source: Looking ahead: How the American Rescue Plan affects 2021 taxes